Slang language is an informal language that tends to be discovered and used by Americans movies. However in fact, it is not just the Americans people use the slang language but also the British. They use slang in movies. Thus, the aim of this thesis is to describe the formation of slang language found in British movie that is Harry Potter and Philosopher’s Stone written by J.K. Rowling. To answer the question the writers use George Yule theory about slang word formation. This research uses descriptive qualitative as the research method. The research finds that there are 141 slang word formation in the script; 71 words for blending, 38 words for derivation, 10 words for clipping, 8 words for borrowing, 6 words for compounding, 3 words for coinage, 2 words for conversion, 2 words for multiple processes and the last 1 word for acronym. The result shows that blending is the most dominant word formation of slang language in Harry Potter and Philosopher’s Stone. It is a combination of two words or more into one word. 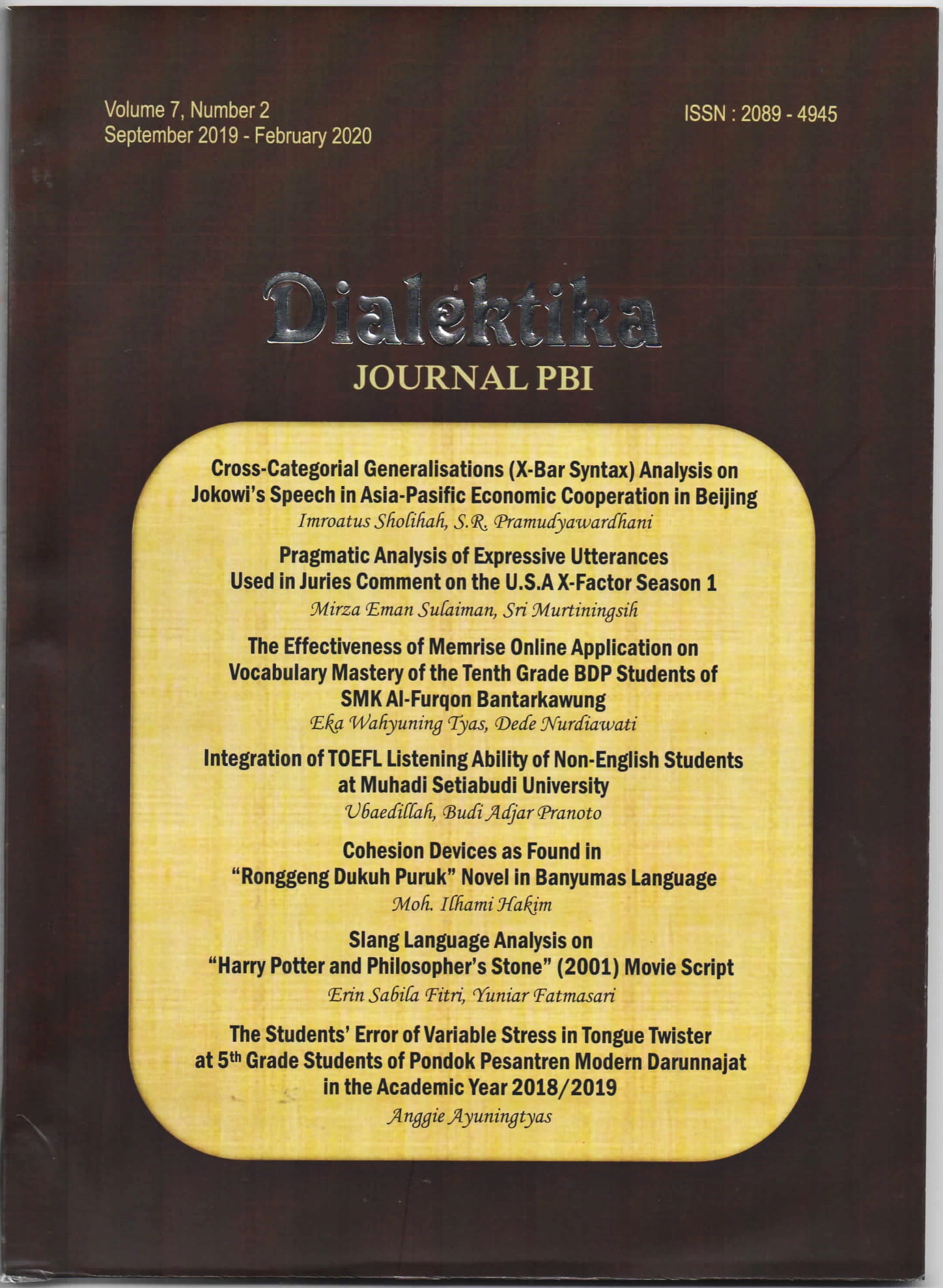